Results: A list of Twitter shortcuts will display making making the platform easier and much faster to use. Learning these shortcuts will transform the way that you work with Twitter. For example is you want to respond to a tweet just press ‘r’ from the keyboard. If you want to page down through your visible list of tweets, just press spacebar. 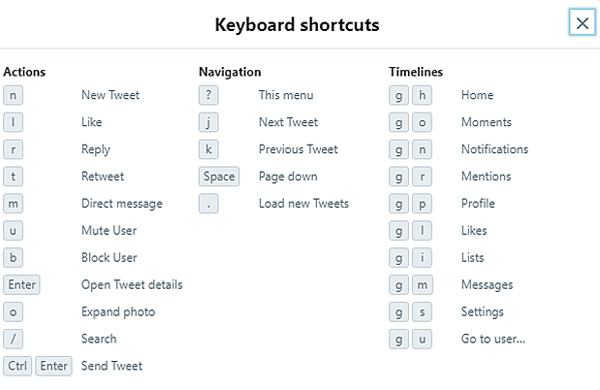 Method: Include styled text in your image

Everyone has heard the saying that ‘a picture paints a thousand words‘ so why not use a picture to extend your 280 character limit. This can have many advantages. 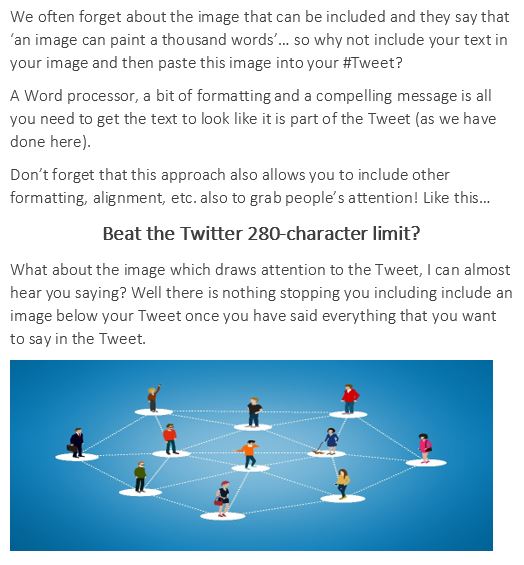 The best time differs according to your target audience and their location.

The output shows your tweet performance and assumes that you have submitted a number of tweets in the time period. It also assumes that all the tweets deserve equal attention from visitors. This last assumption is not true, and therefore it is best to look at a lot of data to get a good semi-quantitative analysis of the best time to tweet.

Each download only provides data for a month therefore, it is advisable to download a number of time periods and then to combine the spreadsheets.

Twitter Search Operators can be used to refine and improve searching. Most people search simply by entering a search phrase and then hope for the best when enter is pressed. Unfortunately this approach is unlikely return the results that best meet your actual needs. A little effort understanding the search operators provided by Twitter will have a very big impact on all subsequent searches. This will save time and will allow you to better target people, tweets, news or whatever best meets your requirements.

Consider searching for the best SEO company in Ireland. The following searches are described

There are many more search operators and ways that these can be combined. A more complete list can be found on the Twitter Developer Forum.

An alternative to typing search operators directly into the search field is to use the advance search in Twitter. Select Search Filters, Click ‘Show’. The Search Filters will display enter filters in the fields provided or select ‘Advanced search’ for more filter options. 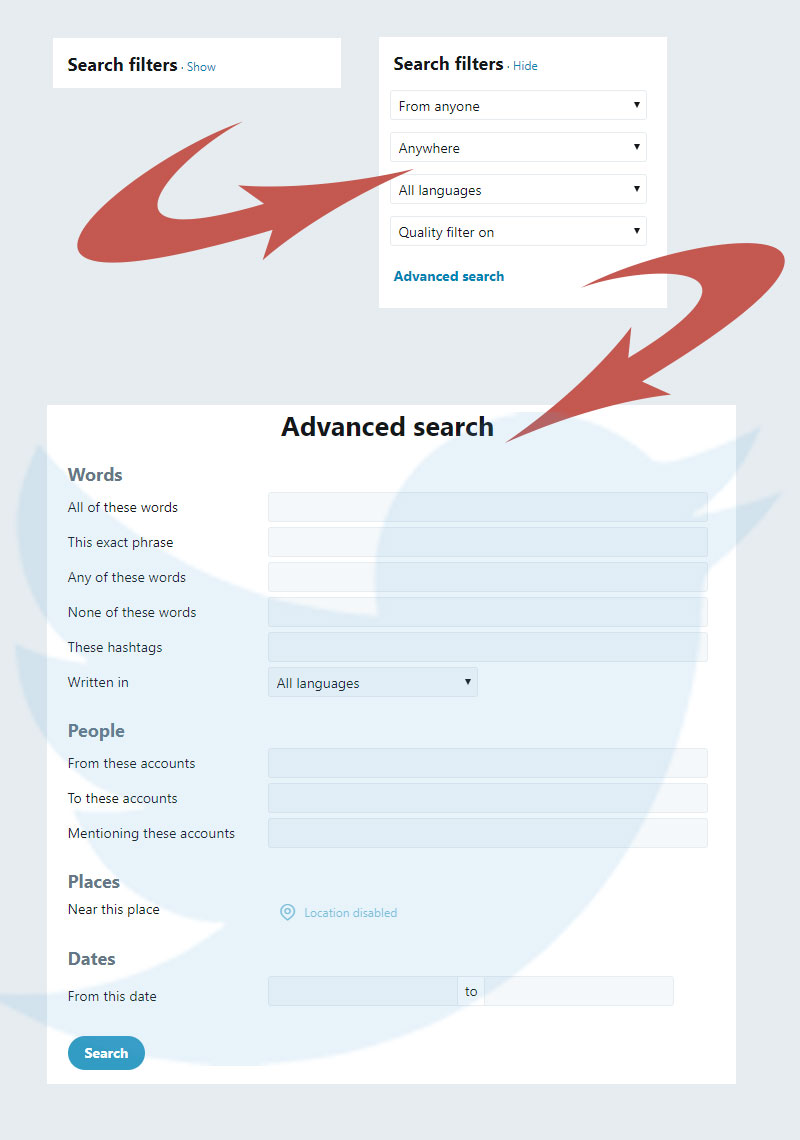 This hack explains how to exceed the 280 character limit by linking a series of tweets together. It also keeps people reading your Tweets for longer, and increases the chance of getting a new follow, a like or a comment.

This approach can be likened to search where the more impressions you get the more potential there is for click-throughs.

This hack allows you to follow one or more profiles without those profiles being notified or aware that you are following them.

Results: You now will have a list of profiles that you are following in private. Why you may choose to do this is entirely up to you. 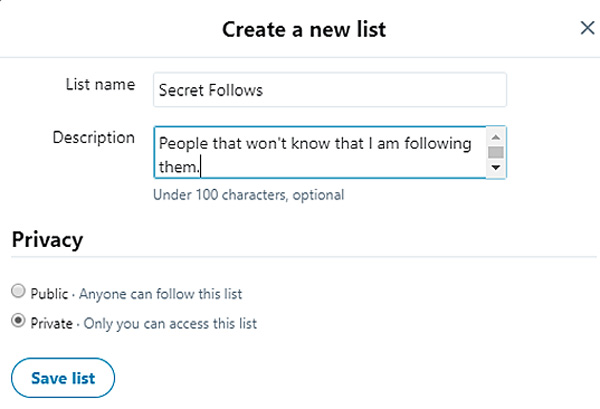 Twitter lists are an important and oftentimes neglected feature on Twitter. Lists allow you to organise your content, search people by geographical location and create communication groups. There also is the more hidden benefit of showing how much targeted interest there is in your content.

Features of lists include: 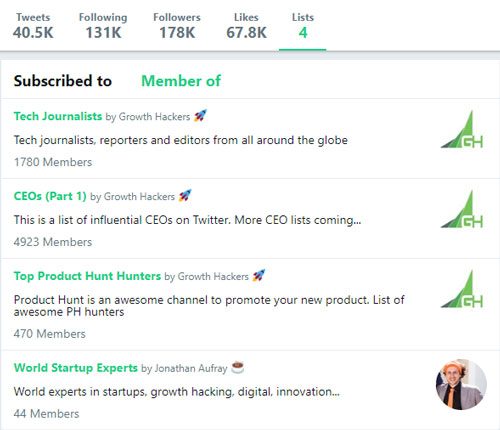 These Lists provide a wealth of people to follow, interesting articles and more.

If you click or tap on your lists, you will see 2 headings, namely:

The ‘Subscribed to’ list is the default and allows you quickly to select a particular list. If you click on the ‘Member of’ list, you will see who has added you to their lists. If you then click on each of these lists you will see how many subscribers there are to each list. This combined metric (number of lists and number of followers in each list) provides a good indication of how much targeted interest there is in your content.

Just like you can add your name or identity to your profile, you can also add one or more Emoji’s.

So what is an emoji?

Emoji pictures that essentially can be used as in text characters in electronic messages and web pages. They include their own set of smileys and emoticons but are actual pictures rather than typographics. You can find lists of these in a number of different sources like Emojipedia or GetEmoji.com.

Why use an Emoji

Well if the saying that ‘a picture paints a thousand words’ is true, them you will be conveying a lot more perceived information in your Twitter name simply by adding an icon and there are thousands of icons to choose from. You can add a flag to denote your country, a smiley to depict your mood or another image to indicate a celebration.

Your Emoji can make you post more noticeable and therefore more likely to be re-tweeted, clicked or liked. And that is what it is all about, isn’t it?

How to add an Emoji to your Twitter Name

Note: Not all Twitter Emoji’s are allowed in the name so you may need to try a few before you find that perfect Emoji.